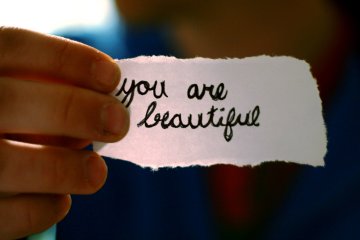 The image shown below is floating around FB.  The obvious topic is gender based behavioral conditioning imposed by society’s stereotypes, and I imagine that is what the majority of the conversations surrounding the image/message will be about.

When I saw this, and read through the captions, I was able to simply go through the first three paragraphs, with what might be considered appropriate acknowledgement and compassion, but then when I reached the final paragraph, my perspective shifted greatly.

The final statement reads as follows: “What does it say about society when a group of adults could stand to take a lesson in humanity from a class of preschoolers?”

It says, if they listen with humility and are open to growth, that they are wise.

There is great value and worth in adults paying attention and restoring the gentleness and wisdom in acceptance and equal value in one another that children are often inherently given to (before they are conditioned by adults to think otherwise).  Young children are no less intelligent or inferior in any way to an adult. We can, if we open our eyes and our minds, learn great things from one another. Universally.

A significant aspect of the concept of truly admiring and acknowledging our children, while in their childhood, is to inherently and intuitively know that children are wise, and able to offer perspective that often reaches far beyond and is much more thorough than adults often find themselves capable of.  Why is this?  I think it comes from simplicity found within a child’s mind, untainted, unconditioned, unscarred.  My ultimate aspiration is to raise my daughter without conditioning her, tainting her, or influencing her to associate anything negative with that which is neutral.  I hope to help her develop her discernment. Her ability to see clearly and discern what is beneficial from what isn’t is already very apparent and is demonstrated in her actions, words, and body language.

A child who has not yet been influenced to think otherwise, will see every creature as valuable, equal of worth, and worthy of acknowledgement and consideration.  Children see differences because their minds are attuned to seeking out patterns.  However, those differences are simply differences, that serve to assist the mind in categorization and recognition, not bigotry.