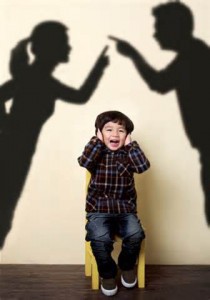 
This morning, based solely on my facial expression from what I can tell, my daughter assessed my general state of mind and, determining something had to be done, came up to me and said, “Mama, you can figure this out.  You’re sad but I have so many happy feelings I can share with you that you will have to be happy and laugh. Besides, you can fix your stuff. I know you can!”

Then, she followed that a couple hours later with, “Papa can understand and so can you, so you both can be smart enough and care about it to fix whatever all has you so sad.”  – Her father is currently traveling on business. It’s actually a positive situation because it gives us a chance at gaining some perspective apart, while keeping things calm where she is. The drawback is she misses her Papa and he would very much like to have her there with him.

We’ve gone through such a massive and prolonged transition, so much more challenging than either of us could have fathomed, that when stuff happens that hits a deep nerve (even if it’s petty), we both seem to lose site of what matters too quickly. You’d think after 16 years of marriage, we’d be better at this…

Thing is, we are getting better, but the challenges are keeping up.  It’s an extremely difficult process.  It seems that there should be other ways.. that it should not be so ridiculous. Some of what we’re contending with runs so deep that the only way we can work through to the other side is to dig up the root and remove the entire plant. When you plant a tree, don’t water it enough, prevent it from sun and proper nutrients, and then force it to contend with wind and no support stake in sight… Well, you get the picture.  If the thing manages to survive, it’s going to be weak, rather humorous looking no doubt, and probably never bare fruit or do whatever it was intended to as a healthy plant.

When you don’t have that solid foundation, you can’t give one to your kids either. So, if at some point when we, as an adult (parent), become aware of the ‘missing’, it’s paramount  the work be undertaken to build or provide for what is missing.  This is taking care of us so we can take care of our children.  Akin to oxygen on an airplane, and putting on your own mask first so you can actually be useful to others instead of dead, success means our children will grow without the same chunk(s) missing; they’ll grow whole.

Today, I chose to see her.  It took looking through the mud of hurt and confusion, and a lot of management of my own aggravation (none of which has a single thing to do with her),  but, I managed to find my goggles.

The article that follows is one that I’d like to encourage you to read first, then we can talk about it over the next couple of days.

How parents handle everyday marital conflicts has a significant effect on how secure their children feel, which, in turn, significantly affects their future emotional adjustment. This finding, from researchers at the universities of Notre Dame, Rochester (NY) and Catholic University of America in Washington, D.C., was published in the January/February 2006 issue of the journal Child Development. It provides powerful new evidence regarding the impact of parental behavior on children’s future behavior.

“A useful analogy is to think about emotional security as a bridge between the child and the world,” explained lead researcher Mark Cummings, Ph.D., professor and Notre Dame Chair in Psychology of the Psychology Department of the University of Notre Dame in Indiana. “When the marital relationship is functioning well, it serves as a secure base, a structurally sound bridge to support the child’s exploration and relationships with others.”

“When destructive marital conflict erodes the bridge, children may lack confidence and become hesitant to move forward, or may move forward in a dysregulated way, unable to find appropriate footing within themselves or in interaction with others.” The researchers based their report on two separate long-term studies of marital conflict and children.

The first study involved 226 parents and their 9- to-18-year-old children. The researchers examined the effect of marital conflict over three years, finding that forms of destructive marital conflict, such as personal insults, defensiveness, marital withdrawal, sadness or fear, set in motion events that led to later emotional insecurity and maladjustment in children, including depression, anxiety, and behavior problems. This occurred even when the researchers controlled for any initial adjustment problems.

The second study again examined the connection between marital conflict and emotional problems over a three-year period, this time in a different group of 232 parents and much younger children (kindergarteners). Researchers again found that marital conflict sets in motion events that led to later emotional insecurity and maladjustment. Again, researchers controlled for any initial adjustment problems, further supporting the conclusion that marital conflict was related with children’s emotional insecurity and adjustment problems. Both studies involved representative community samples and everyday conflict behaviors (for example, verbal hostility) about everyday sources of conflict between parents, such as childcare and household responsibilities. Because of this, the findings can likely be generalized to most American families.

Parents and even mental health professionals are likely unaware of the significance of marital conflict for the well-being of children, said Dr. Cumming, and few may know that children’s security is so closely tied to the quality of parental relationships. At the same time, however, other work from Dr. Cummings and his peers find that constructive marital conflict, in which parents express or engage in physical affection, problem solving, compromise or positive feelings, may increase children’s security. “Thus,” Dr. Cummings noted, “this study is a warning to strongly encourage parents to learn how to handle conflicts constructively for the sake of both their children and themselves.”

2 thoughts on “When Parents Are at Odds”